Does this 3D Printing site want only three votes to close (or should we stick with five)?

I've just noticed this Meta post, Testing three-vote close and reopen on 13 network sites and I wondered whether we should employ it here, and what do other people think?

We are a smallish site, with a smallish number of active users (although it isn't that small, and is slowly growing over time, it should be noted). We don't have a problem with review queues building up except with the close votes. Some questions do seem to hang around for a while in the close queue.

The problem with the close vote review queue requiring 5 votes when there is a limited number of active reviewers (where two of which are moderators) is this: If a moderator votes, then the question is automatically closed, even if there aren't 5 votes - if a moderator casts the first vote to close then the question is closed straight away, without waiting for another four votes - so the vote is not democratic, but instead, dictatorial in nature. As such, moderators tend to not vote, unless the question blatantly needs closing (i.e. spam, vulgarity, etc.).

There are ways around this problem:

However, these aren't ideal, and just shortening the queue might make things better. This need not be a permanent change, I guess, so if this site, for some reason, eventually exploded in popularity, the review queue could go back to five votes (but I'm not 100 % sure about that, see the SE.Meta post above to check).

So... should SE.3DP jump on the "three votes to close" train? Or are things OK as they are? What do other users think? Please leave a comment or answer.

To make things super simple, and if you don't have time to write a comment or answer, you can just vote on the Yes answer or the No answer.

To give this vote an end point, and not make it so opened-ended, I guess we should tally a "final" vote on the 1st July 2021 - which is May 6 (trial start date) plus 45 days (length of trial) plus a little bit more. As we can't join the trial halfway through, there isn't much point to tallying up the votes before that.

At that point Catija will be sent the results.

It's been almost a whole year since this was escalated this to the Community Team, so I apologize for the delay in actually processing the request! But the good news is you now officially only need 3 close votes to close a question on 3D Printing SE!

After looking at the data, I think it's clear that there's no reason for y'all to have this set at 5. Thank you so much for bearing with us while we got to this request.

We'll check back in with you all in a few months to see how things are going — if things are going great, we may not post an update but please feel free to leave a comment if you want us to post something.

Here's some basic stats of how things look:

Over the last two years, you've had heavy fluctuations in effectiveness, when looking into what percentage of questions that received at least one flag or vote to close actually ended up getting closed. As you can see, the effectiveness is in the 60%~100% range — the good news is that the numbers of posts this represents are relatively small (always under 20 posts per month). 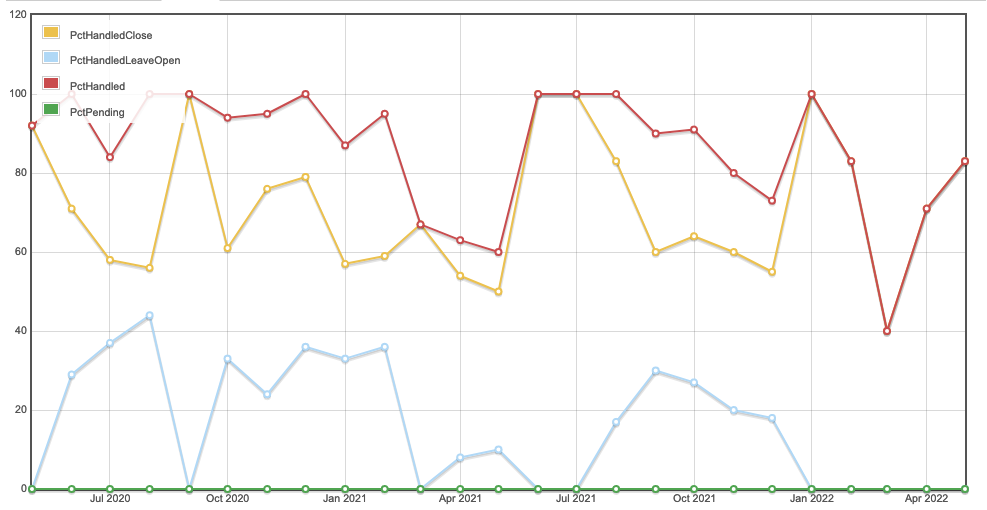 The graph below, however, does show something that is a bit more concerning: 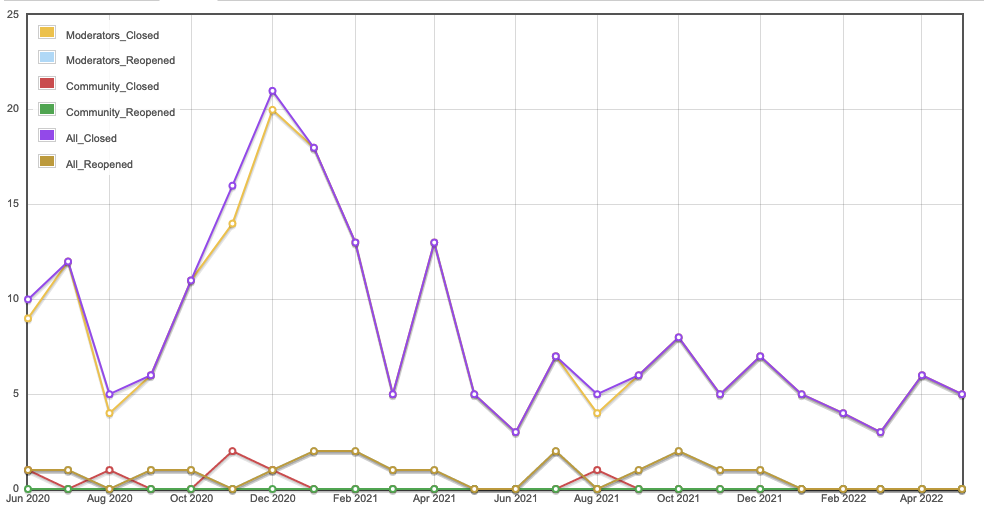 This shows that the moderation team is doing the bulk of the closing, which can be problematic because the mods shouldn't be making these decisions on their own, even with other users weighing in. To add a bit more nuance, though, it looks like the moderation is not single-handedly closing the posts, but rather stepping in to aid the community on a big chunk of cases — the graph below shows which vote the moderators cast, to close posts: 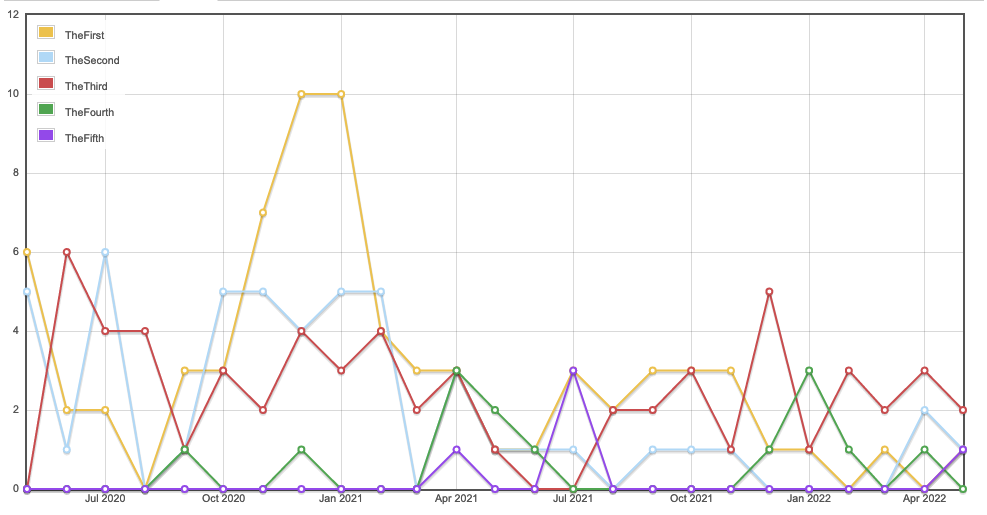 When working on this project, Catija had found two primary use cases for this change:

Because the mods here are casting the bulk of the final close votes, the first graph looks good (at least in the months where 100% effectiveness is reached). However, this creates an imbalance between closing and reopening as the mods now have to be really thoughtful about reviewing for reopening.

So, my hope is that changing this to three votes to close/reopen will take some of the workload off the mods and also increase the number of posts that find their way to be reopened - assuming it's worth reopening them!

Yes, we should have a three vote close question review queue

No, we should stay with the five vote close question review queue

Not the answer you're looking for? Browse other questions tagged discussion status-completed closed-questions .

Welcome!
This site is for discussion about 3D Printing Stack Exchange. You must have an account there to participate.
Help
Visit chat

7
What does it take to get out of Beta stage?

10
Who should our beta moderators be?
17
Vote early, Vote often
3
How do we motivate users to vote and advertise the voting policy?
1
"Best first printer" wiki/blog/closed-question