Why is our moderation queue order different from the other sites I have access to?

Below are the review queues for ELU, ELL, and 3DP: 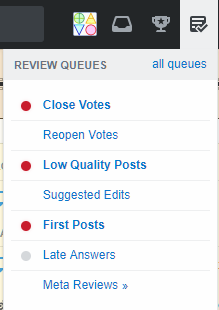 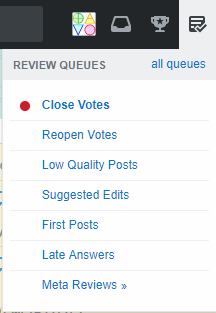 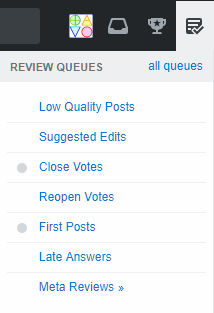 Is there some reason that the order here is not the same across sites?

The order is different because this is a beta site. They're shown in the order of reputation required to access them (and then alphabetical).

They're ordered first by the minimum reputation needed to access the queue, and then alphabetically by the name of the queue.

The purpose of this ordering is to keep the list as consistent as possible until your privilege-level changes - the hope is that folks use this as their primary means of accessing the queues, and as such we're not forcing reviewers to override their muscle-memory every time they go to access a specific queue - a worthy design goal for a menu that appears on just about every page of the site.

Not the answer you're looking for? Browse other questions tagged feature-request bug .

Welcome!
This site is for discussion about 3D Printing Stack Exchange. You must have an account there to participate.
Help

The Overflow Blog
Featured on Meta

4
Close votes review cue hangs - bug
1
Is there a way to manually add tags?
0
Possible to include machine specs on community profile?
4
How to handle "Why is in't my printer working?!" questions
2
An invisible modification
1
Should we start a 3D Printing BLOG?
4
Request to add a [bed leveling] tag