Winter Bash 2016 coming up! Do we want to participate?

Just like last year, Winter Bash 2016 is being held by the Stack Overflow team between 19 December and 08 January 2017.

Here is parts of the mail that was sent to the moderator team of 3D Printing SE:

Most of you remember previous years’ events, but here is a quick little reminder. Winter Bash is an annual event that can run on any Stack Exchange site that chooses to participate. Users have fun by earning “hats” for their gravatars by completing certain tasks (very similar to badges). We track everyone’s progress using hats in a leaderboard that looks similar to this: 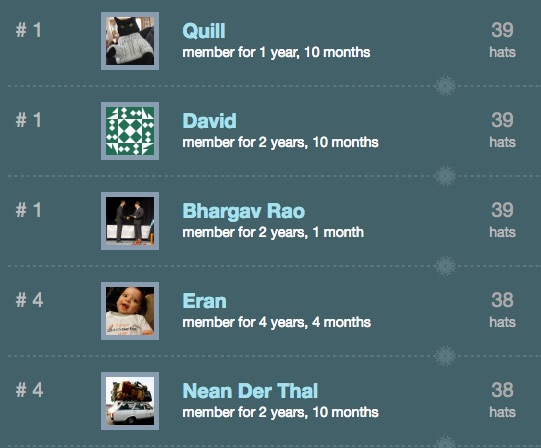 As always, we’re coming up with new hat designs for this year’s fun!

The event will run from 19 December 2016 up to and including 08 January 2017. Users will be able to see all the hats they’ve earned on http://winterbash2016.stackexchange.com. That site will also have a landing page, explaining the rules and other details of the event.

Individual users who don’t want to participate, don’t want to see hats, and/or are generally anti-hat will have an “I hate hats” option available. And just like last time, at the end of the event, all hats will go back into storage.

The only visual change to the Stack Exchange sites themselves will be the presence of the hats and the “I hate hats” button in the footer.

Yes, that seems like some harmless fun to me. No further action necessary.

Not the answer you're looking for? Browse other questions tagged discussion .

This site is for discussion about 3D Printing Stack Exchange. You must have an account there to participate.

The Overflow Blog
Featured on Meta

5
What should our documentation contain?
1
Do we want MathJax support on 3D Printing?
3
Closing/locking too many questions?
0
Circular tag wiki excerpts
9
Post Closing Issues
3
Are software recommendation questions allowed here?